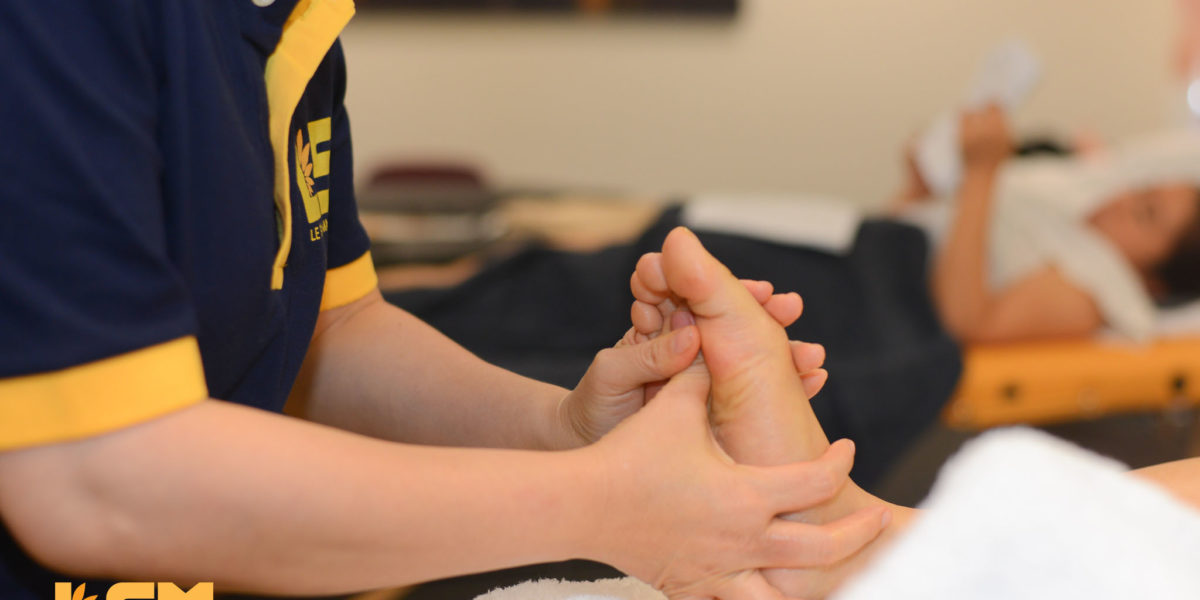 The feet are a map in miniature of all organs, glands, and parts of the body.  A balance is achieved by applying pressure to points on the feet and hands that correspond to every organ in the body. By pressing these “reflex points” a stimulation or sedation is implemented in the nerve pathways, linking the points to the corresponding organs.

The most therapeutically effective massage for the feet! Commence with a foot bath and exfoliation, moving into reflex points of the feet that correspond to every organ & gland in the body.

THE BENEFIT OF FOOT REFLEXOLOGY :

Reflexology can address anything from headaches to sinus problems to stomach issues. If sensitivity or tenderness is experienced when an area is stimulated, it usually indicates bodily weaknesses or imbalances within the corresponding organ.

With repeated pressure and manipulation of nerve endings, reflexology can help to clear any channels of blocked energy. It is said to do so through moving the flow of blood, nutrients and nerve impulses. This ultimately improves overall health and balance.

Foot reflexology may help with:

Because reflexology is an ancient practice, its origin and history is difficult to track. However, reflexology is thought to have been passed down through an oral tradition, and possibly first recorded as a pictograph on the Egyptian tomb of Ankhamor in 2330 BC along with other medical procedures. Reflexology symbols are thought to be recorded on the feet of statues of Buddha in India and later China.

WHAT IS INCLUDED IN LE SPA FOOT REFLEXOLOGY?

Foot Bath Exfoliation: The foot bath is filled with warm and essential oil, which not only relax your feet but also have aroma affect can help you mentally rejuvenate.  you will soak your feet in the warm water while our therapist exfoliate the foot with natural product.

Foot Massage: the therapists apply the pressure to specific area based on the foot chart and focus on the entire reflexology sequences working from the toes to the foot. Our foot reflexology therapy combine various techniques to cover all the points on both feet. This will help to allows the nerve pathways and congestion to release and promotes the relaxation response for the entire body.

Click here to get to Le Spa Massage Academy.

Book Now
Call Now Button
×
You must be logged in before using WishList. To login click here