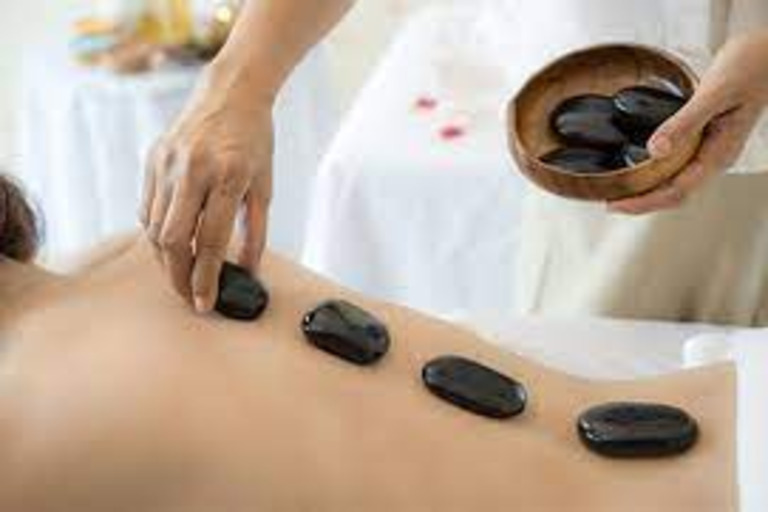 Massage is perhaps the oldest form of hands-on-healing known to humans, easily pre-dating written records. For millennia, people from virtually every culture have used a combination of touch, heat (thermotherapy) and stones as therapeutic tools. The three main cultures which have heavily influced how modern-day Hot Stone Massage/Stone Therapy has evolved are the Chinese, the Native Americans and the Hawaiians (although Egyptian, Ayurvedic and many other traditional healing arts are also said to have used stones and/or heat).

The earliest use of hot stones to improve health and relaxation took place in India. The practice began among the Hindus in India approximately 5,000 years ago, and was called Ayurveda. This involved the placement of stones on the body to relax tense muscles and relieve related pain.

Around 3,000 years later, the Chinese used shaped stones called Bian while burning mugwort to treat disease. They also placed stones on the abdomen to improve digestion.

Later, natives of the Sandwich Islands – what we now know as Hawaii – discovered that wrapping heated lava rocks in leaves and applying them to the body brought pain relief. The leaves were administered by medicine shamans calls Kahunas.

Heated stones then found their way to the Native American sweat lodges. Though the stones weren’t applied to the body, the natives recognized that the heat produced by the stones eased tense muscles and brought whole-body relaxation.

The use of heated stones in massage was recently reintroduced with the introduction of LaStone Therapy, created by Mary Nelson, in 1993 when she accidentally used hot stones to massage her niece when they were having a sauna (Mayrhofer, 2010; Hahana Stone Massage).She combined the use of hot stones with her massage therapy and treatment to create her own style of massage technique called LaStone Therapy. Nelson later assembled a team of therapists to teach hot stone massage all around the world (Pat Mayrhofer, 2010). From then hot stone massage gained popularity all over the world (Mayrhofer, 2010)

Modern-day use of hot stone massage is varied to suit many different needs. Usually the stones are usually heated in hot water and replaced as they cool, but they may also be chilled and alternated with the heated ones, which increases circulation to the targeted muscle. If the therapist uses the stone itself to massage, it may be coated in oil or used over a sheet to facilitate a smooth glide across the skin.

Most therapists who incorporate hot stones into their massage routine agree that the Hawaiians had a major part to play in how this form of massage is applied today. This is particularly true for Le Signature Lomi Lomi Hot Stone Massage